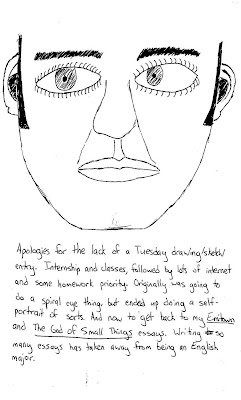 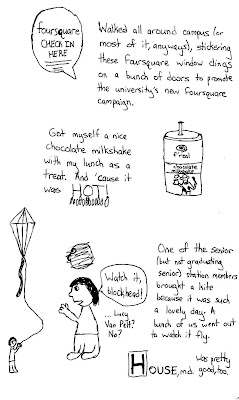 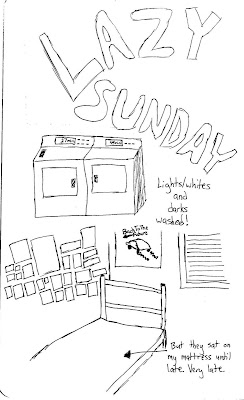 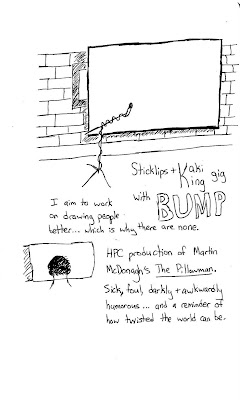 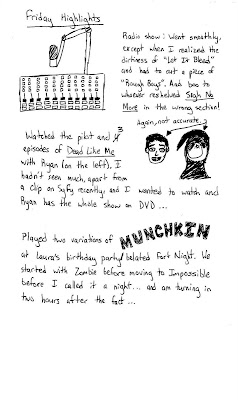 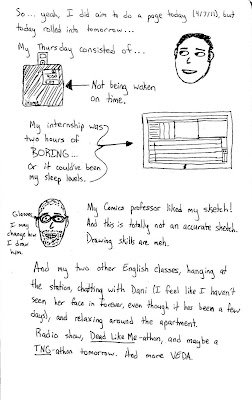 I decided to take a little leaf out of Emitown when I picked up a black flare pen and a piece of paper I had laying around. This is the result. I may continue this. I mean, I did pick up 3 80-page Moleskine journals ... 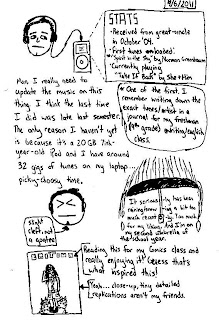 Also, I just wanted to thank everyone once again who read and commented on the last post about Neil's opinion on getting people into Doctor Who. It seriously made my Tuesday, if not my week.
Posted by Jason at 9:47:00 PM No comments:

On Neil and Doctor Who

I've been watching the Doctor Who panel from Wondercon this past weekend (so jealous of everyone there ... mostly 'cause Neil Gaiman and Mark Sheppard were on the panel and there were cool promotional shirts ... and the spoiler-y stuff). Neil retweeted a link to it on Twitter earlier and I've been watching on and off over the last hour or so ... when I should be doing readings and a bit of writing for tomorrow. But who cares, right? It's Doctor Who!
Anyways, about 16 and a half minutes into the video (probably 20 or so minutes into the panel), Neil said something so true about the show in regards to whether or not people have to know about the 47 years of Doctor Who mythology.


No, look, there's a blue box. It's bigger on the inside than it is on the outside. It can go anywhere in time and space and sometimes even where it's meant to go. And when it turns up, there's a bloke in it called The Doctor and there will be stuff wrong and he will do his best to sort it out and he will probably succeed 'cause he's awesome. Now sit down, shut up, and watch 'Blink'.

That's all I wanted to share. :) If you wish to watch it, it's linked here.